It was agreed that all “types” and costumes should remain generic in order to be an immediate read.  The main parody reference was the "Matrix” films.

I met with my art director to discuss his ideas.  These were translated into a handful of character designs, thumbnails based on a script and a finished “test panel” to get everyone on the same page with finishing style. 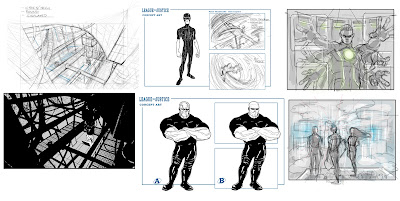 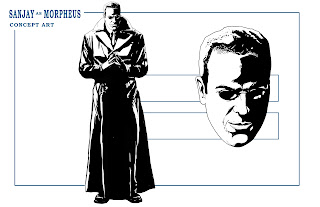 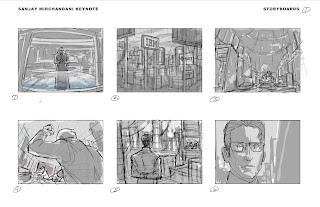 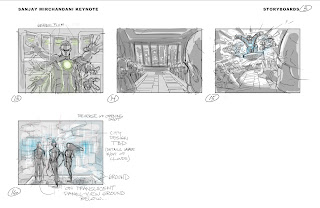 Given the super tight deadline it was decided to keep the images black & white and use the company’s iconic blue as an accent color (though green managed to slip in just under deadline).

Below are some final panels - and some WIPs. 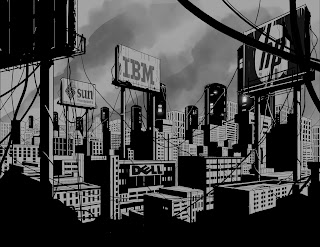 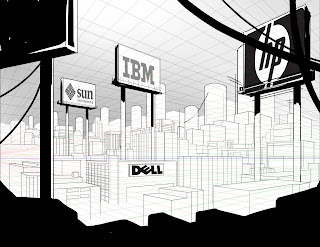 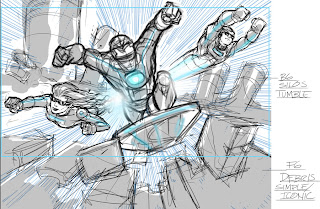 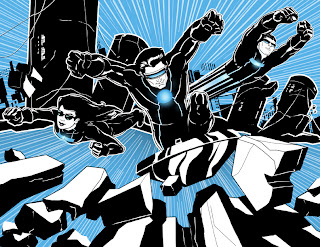 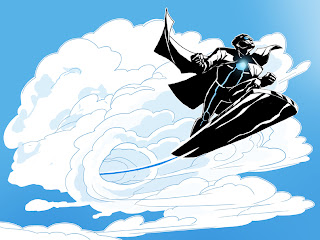 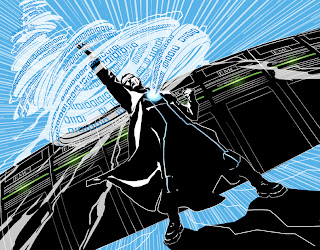 Apologies as I had mentioned a Transformers piece coming up this week.  I'll have to sit on that for a bit and post at a later date . . .


Storyboard for a proposed Marvel CCG.

The goal:  to show the game in action and get the right people excited to move the project to the next phase on its way to actually being produced.

A few quick ideas for a composition.  Image size is 11 X 17 so I try to keep things interesting within the format.  Experimenting with portrait and landscape ideas. 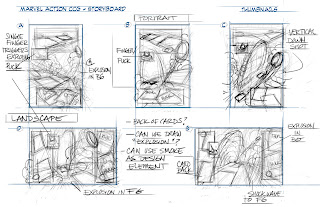 "D" gets the go ahead for further development.  I know 'where' to put stuff - this more detailed thumbnail helps confirm 'what' goes in there.  I typically draw in blue (or red) first.  If other drawing problems need solving I'll go in with another color before final inks. 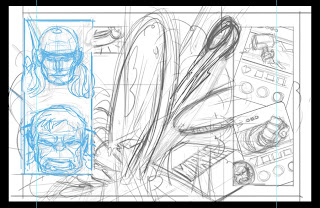 Final inks.  This level of finish is all that's required.  I absolutely love drawing Hulk - even if only his yelling mug and a fist. 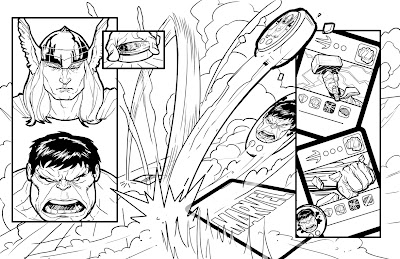 All the above was done in Photoshop CS5 on a Cintiq with a few cups of coffee.

In Memory of Bill White

He was much loved and touched many with his wit and artistic genius.

We talked weekly (often daily) about what we were working on, pop culture, how our dogs were doing and whether it was pronounced “Toeth” or Tawth” (we never figured out how to pronounce Alex Toth’s name).

He had an encyclopedic knowledge of cartooning, theater and pop culture, would draw whatever he wanted with ease, wrote on a professional level and performed regularly in local community theater productions  - he had professional-level chops in that department as well.

Whatever he touched he did – extremely - well.  One of “those” guys.

He was also funny.  Jaw-hurts-from-laughing funny.  Three people made me cry and nearly lose my breath from laughing – Richard Pryor, George Carlin and Bill (good company).

I’ll never forget when he mentioned meeting Sharon (again) – he knew of her from the neighborhood when they were kids.  She was the light of his life, lending a skip to his step that was noticeable in many ways including the new projects he was producing.

My wife and I were blessed to attend their wedding - which was, as expected, very sweet and packed with hilarity.

I had the good fortune to travel with them to New York Comic Con last year – Bill kept us both in stitches the entire trip.  A loveable goof who could point out the funny in anything.

He was a magician with a pen.  I remember him scribbling out a “Thank You” image (his dog Rocco, I believe) for the hotel maid that blew my mind.  No pencil necessary.  He had a “direct line from his head to his hand”.  A cartoonist super power that was the envy of those of us in the field who actually have to "work" at it.

He was a fantastic artist and had worked on many titles for Harvey Comics among others.  A good handful of his work and wit can be viewed on his blog: 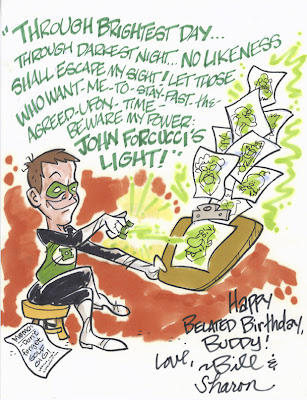 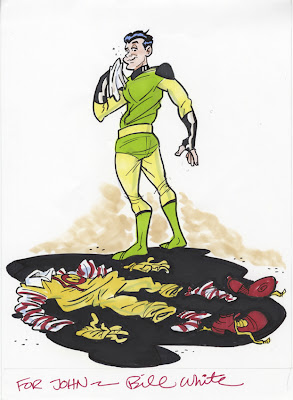 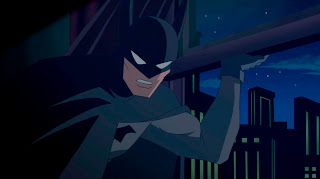 It was a line Bill wished HE wrote – high praise.

He was a great friend and encouraging teacher who always kept on me to produce more.  This blog is a result of our chats and forever dedicated to his memory.  He will be dearly missed and always remembered.  My heart goes out to Sharon and family - 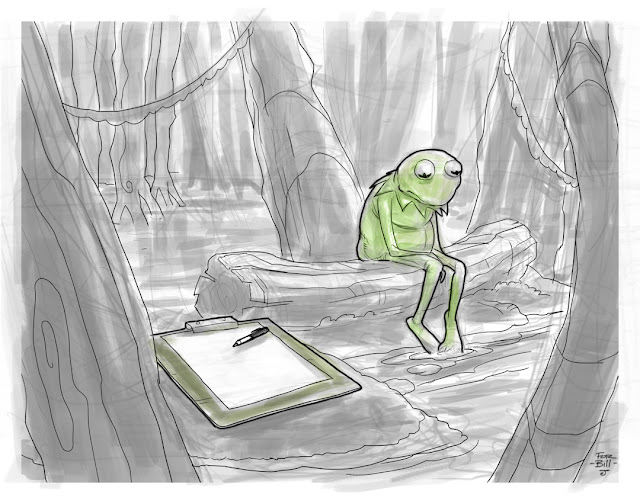